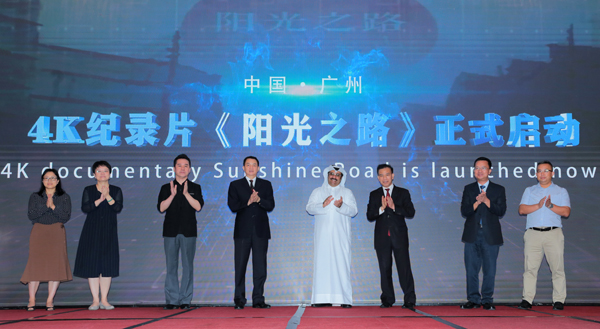 Filming of the 4k documentary “Sunshine Road,” which is based on the book “Sunshine Road” by Ali Alhajri, consul-general of Qatar in Guangzhou, begins in Guangzhou on Sunday. [Photo provided to chinadaily.com.cn]

Guangzhou Broadcasting Network and the Consulate General of the State of Qatar in Guangzhou have formally agreed to jointly produce a 4K documentary to mark Zheng He’s expedition to the Western ocean more than 600 years ago, after a launch ceremony was held in the Guangdong provincial capital on Sunday. 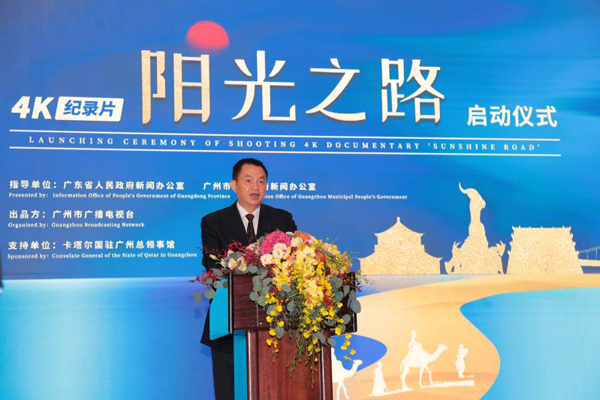 Deng Hong, deputy director-general of the Information Office of the Guangdong provincial government, said the documentary will be based on the historical story of Zheng He’s voyages to the Western ocean and focus on exploring Zheng’s activities in the coastal countries along the Ancient Maritime Silk Road.

Zheng led his fleet from Jiangsu, and embarked on his seven voyages to the West 616 years ago.

“The documentary will tell of friendly exchanges and mutual learning between China and the countries of the ancient Silk Road,” Deng said at the launching ceremony.

Ali Alhajri, consul-general of the Consulate General of the State of Qatar in Guangzhou, said Zheng, with his long voyages, has left a strong mark on history and has far-reaching influence. 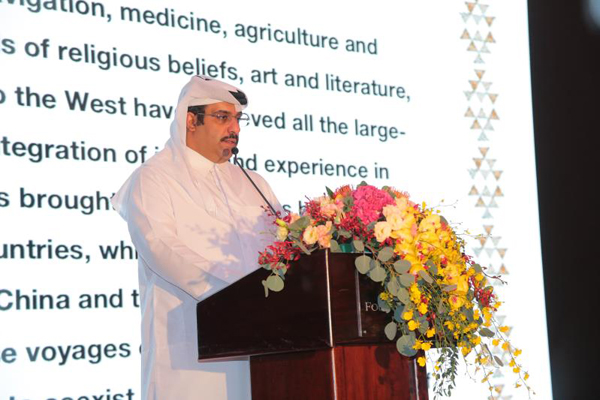 “To this day, this influence still persists in the hearts of Chinese and Asian people. And these achievements are beyond the reach of other travelers, explorers and navigators,” he said.

Zheng explored the world, contacted countries and made contributions to communication between the major human civilizations in the world at that time, building bridges, he said.

“It is an unparalleled great achievement in Chinese history and even in the history of world navigation, and it is a firm step in the progress of human civilization,” he added. 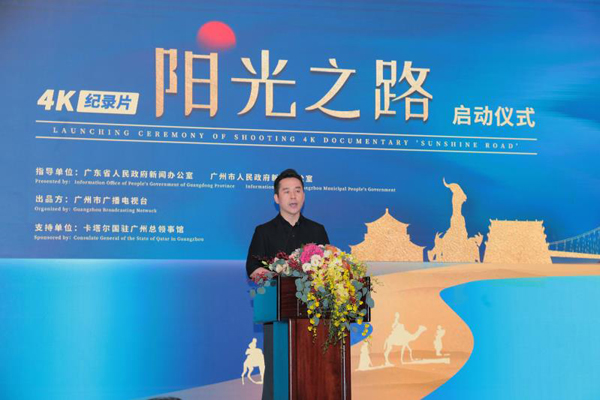 “From the fields of navigation, medicine, agriculture and commerce, to the fields of religion, art and literature, Zheng’s voyages to the West have achieved the large-scale exchange and integration of ideas and experience in different fields and brought closer relations between peoples of various countries, promoting exchange between China and the countries through which the fleet passed,” Alhajri said.

“These voyages expressed the sincere desire of the Chinese people to coexist peacefully with people of all countries in the world,” he added.

© 2021, . Disclaimer: The part of contents and images are collected and revised from Internet. Contact us ( info@uscommercenews.com) immidiatly if anything is copyright infringed. We will remove accordingly. Thanks!