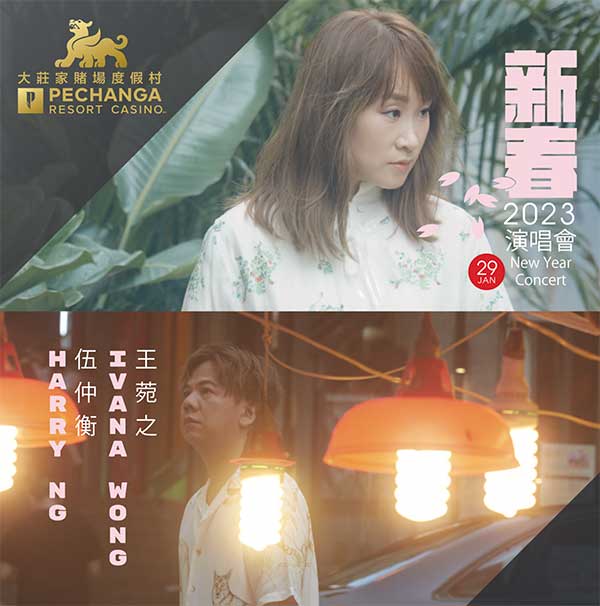 Pechanga Resort Casino is proud to present two talented music artists, Ivana Wong and Harry Ng, to celebrate the Lunar New Year together with you. On Sunday, January 29, 2023, Ivana and Harry will perform and share their extraordinary music that has resonated with the younger generation at the Pechanga Summit.

Ivana Wong is a talented musical artist in every aspect, working as a composer, lyricist, music arranger, record producer and vocalist, all on an outstanding level earning her numerous awards over the years. Ivana is also active in movies; stage plays and TV dramas and lately starred in the hit Hong Kong comedy film “Table for Six “. Besides being a key character in the film, she wrote and sang the theme song “Ruthlessly Love You” which contributed to the film’s box office success. Despite her busy schedule, both Ivana and Harry Ng, a well-known composer and record producer, have made the time to celebrate the Lunar New Year here with the fans at Pechanga Resort Casino.

Harry Ng has been involved in the Hong Kong music industry since 1996. He has composed and produced more than 300 songs and has collaborated with countless singers. He is not only a musician, but is also a popular live streamer in the music industry. His live stream music program, which accumulated more than 20 million hits, has become one of the most watched online programs in Hong Kong. Performing well-known hits from the 80s and 90s, Harry will also be the concert’s music director.